The Katipunan (abbreviated to KKK) was a Philippine revolutionary society founded by anti-Spanish Filipinos in Manila in 1892, whose primary aim was to gain independence from Spain through revolution. The society was initiated by Filipino patriots Andrés Bonifacio, Teodoro Plata, Ladislao Diwa, and others on the night of July 7, when Filipino writer José Rizal  was to be banished to Dapitan. Initially, the Katipunan was a secret organization until its discovery in 1896 that led to the outbreak of the Philippine Revolution.

The Tagalog word "katipunan," literally meaning 'association', comes from the root word "tipon," a Tagalog word meaning "gather together" or "society." Its official revolutionary name was Samahang Kataastaasan, Kagalanggalang Katipunan ng̃ mg̃a Anak ng̃ Bayan[1][5] (English: Supreme and Most Honorable Society of the Children of the Nation, Spanish: Suprema y Venerable Asociación de los Hijos del Pueblo). The Katipunan is also known by its acronym, KKK. The organization has no affiliation with the racist group known as the Ku Klux Klan who are also associated with the acronym "KKK".

Being a secret organization, its members were subjected to the utmost secrecy and were expected to abide by the rules established by the society.Aspirant applicants were given standard initiation rites to become members of the society. At first, membership in the Katipunan was only open to male Filipinos; later, women were accepted in the society. The Katipunan had its own publication,Kalayaan (Liberty) that had its first and last print in March 1896. Revolutionary ideals and works flourished within the society, and Philippine literature was expanded by some of its prominent members.

In planning the revolution, Bonifacio contacted Rizal for his full-fledged support for the Katipunan in exchange for a promise to rescue Rizal from his detainment. On May 1896, a delegation was sent to the Emperor of Japan to solicit funds and military arms. The Katipunan's existence was revealed to the Spanish authorities after a member named Teodoro Patiño confessed the Katipunan's illegal activities to his sister, and finally to the mother portress of Mandaluyong Orphanage. Seven days after the Spanish authorities learned of the existence of the secret society, on August 26, 1896, Bonifacio and his men tore their cédulasduring the infamous Cry of Pugadlawin that started the Philippine Revolution. The Most Famous army from spanish time.

A chapter of the Katipunan, a Philippine revolutionary organization founded by Filipino rebels in Manila in 1892, with the aim to gain independence from Spain. The Magdiwang Council was acknowledged "as the supreme organ responsible for the successful campaigns against the enemy."[1]:22

a chapter in Cavite, mostly led by ilustrados of that province.

It was named after Mary Magdalene. It was officially led by Baldomero Aguinaldo, but his cousin Emilio Aguinaldo (whose own Katipunan codename was "Magdalo") was its most famous leader.

The Magdalo had a rivalry with the other Katipunan chapter in Cavite, the Magdiwang. When the Manila-based Katipunan leader Andres Bonifacio went to Cavite to mediate between them, the Magdalo argued for the replacement of the Katipunan by a revolutionary government. The Magdiwang initially backed Bonifacio's stance that the Katipunan already served as their government, but at the Tejeros Convention, both factions were combined into to one government body under Emilio Aguinaldo.

Katipunan was used sometimes at Media. 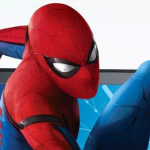